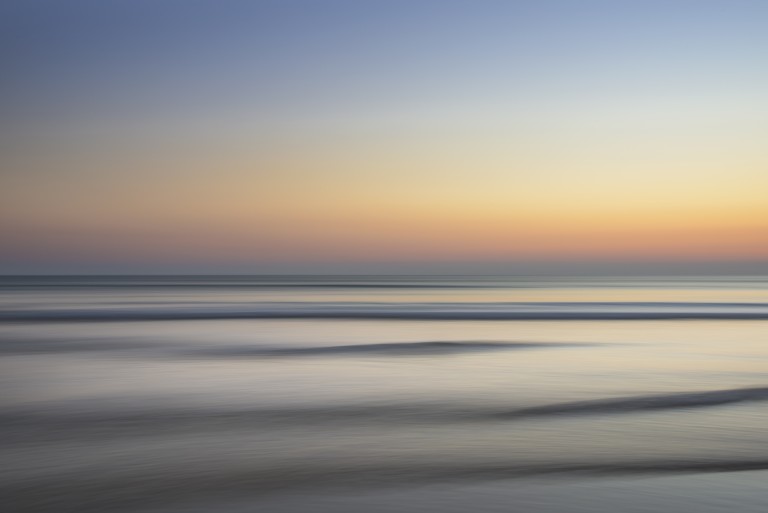 As our daily routines slowly transform through different stages of our lives, our daily sadhana (yoga practice) must adapt accordingly.

Now that my children are in school full time and I am teaching back to back yoga classes most evenings, yoga nidra (yogic sleep) has become a non-negotiable part of my sadhana.

I admit my savasana (corpse pose) has never been strong (or long) when practicing at home. I can guide my own sadhana up until that point, but I need external guidance to relax deeply. I initially began playing an audio recording of a yoga nidra practice during my savasana to add length and depth to the practice. My restorative yoga training had given me opportunity to experience and offer this practice within the context of restorative yoga; however, the more I consistently practiced yoga nidra, the more I realized its value as a standalone practice for deep healing and profound states of conscious relaxation.

My initial exploration came about as I practiced many different yoga nidras based solely on how much time I had until school pick up once I’d completed my sadhana. There are yoga nidra practices available that range from 20 minutes to eight hours (the latter specifically for insomnia, the former how long I typically have to spend lying on the floor). I was only familiar with the script I’d been given in restorative yoga training, but I quickly learned that there are variations to the offering of the practice that have different intentions but equally effective outcomes. I’ve redistributed my prana, explored my chakras, travelled into space (maintaining a golden umbilical cord to my body), communed with my personal deities, experienced thought waves as bodily sensations, expanded my pranic field and more, all within the framework of yoga nidra.

The Practice of Yoga Nidra

For those unfamiliar with yoga nidra, let me explain the basics of the practice. The practitioner lies on the floor in savasana (though you can sit in a meditation posture as well) and listens to a teacher (in person or recorded) guide them through the practice. There are eight stages: initial relaxation (internalization), affirmative resolution (Sankalpa), rotation of consciousness, breath awareness, manifestation of opposites, creative visualization, repetition of initial Sankalpa, return and closing (externalization), with room within this framework to adapt the practice to an individual’s needs or to explore a specific theme.

“Yoga nidra, or “yogic sleep” is a state of consciousness between waking and sleeping, like the “going-to-sleep” stage. It is a state in which the body is completely relaxed, and the practitioner becomes systematically and increasingly aware of the inner world…. This state of consciousness is different to meditation in which concentration on a single focus is required. In yoga nidra the practitioner remains in a light state of pratyahara with four of his senses internalised (withdrawn) and only the hearing still connects to the instructions. The yogic goal of both paths, deep relaxation (yoga nidra) and meditation, are the same, a state called Samadhi.”

The Origins of Yoga Nidra

In its present day manifestation, yoga nidra is a relatively new yoga practice, but it’s origins are ancient. The modern method was developed by Swami Satyananda Saraswati in the 1940’s, based on the ancient tantric ritual of “Nyasa” where mantras are internally or externally placed on different parts of the body to purify body and mind in preparation for meditation. The chanting of mantra and rotation of awareness harmonizes the nervous system, balances pranic flow, and renders the mind one pointed to induce pratyahara (sense withdrawal) in preparation for dharana (concentration) and dhyana (meditation). Satyananda felt strongly that this was a practice the modern world needed, and that, if the mantras were omitted, its transformative potential could still be maintained, and this highly complex and advanced technique would become accessible to people of all ages, abilities and backgrounds.

The Benefits of Yoga Nidra

There is so much more that can be explored in relation to yoga nidra, though this knowledge is not needed to do the practice. Seen through the lens of the koshas (gross, causal and subtle bodies), yoga nidra leads the practitioner systematically through each sheath, and, with grace, one arrives at Anandamaya kosha- bliss! Seen through the lens of states of consciousness, one is intentionally led from conscious mind (Jagrat), through subconscious mind (Swapna), into unconscious mind (Sushupt) and, again, with grace, one arrives at superconsciousness (Turiya). Through the lens of science, recent studies have concluded that the practice of yoga nidra can significantly reduce symptoms of stress and therefore help and/or prevent stress related illness, as well as reduce the severity of symptoms related to PTSD and adult onset diabetes. It’s also been claimed that the practice can eradicate deep rooted psychological problems, cure insomnia, awaken the faculty of intuition, and increase the memory and learning capacity of students.

I love everything about yoga nidra. I love its ancient origins and its recent incarnation as a practice accessible to all. I love creating an affirmative resolution (Sankalpa) and seeding it deeply into my subconscious to one day bear fruit. I love listening to a recording I’ve never heard before and being taken on a journey I’d not been expecting- like to deep space! I love how the practice recharges my batteries and allows me to face the second half of my busy weekday, present, rested and calm. I love how even on the hardest days I can still will myself to lie down and listen. I can let myself be. And that has made all the difference.

Here are links to two yoga nidra practices I’ve listened to many times:

Kenzie Pattillo completed her 200 hour YTT at SSCY in 2002. She is a householder yogi/mama living in North Vancouver and currently teaches hatha, yin and restorative yoga in her community and at yoga getaways at the Centre.

As an E-RYT 200, and having recently completed her 500 hour YTT through Semperviva Yoga College, she looks forward to joining the YTT asana faculty this summer at SSCY.